A fresh and addictive fantasy-romance set in modern-day Seoul.

Eighteen-year-old Gu Miyoung has a secret–she’s a gumiho, a nine-tailed fox who must devour the energy of men in order to survive. Because so few believe in the old tales anymore, and with so many evil men no one will miss, the modern city of Seoul is the perfect place to hide and hunt.

But after feeding one full moon, Miyoung crosses paths with Jihoon, a human boy, being attacked by a goblin deep in the forest. Against her better judgment, she violates the rules of survival to rescue the boy, losing her fox bead–her gumiho soul–in the process.

Jihoon knows Miyoung is more than just a beautiful girl–he saw her nine tails the night she saved his life. His grandmother used to tell him stories of the gumiho, of their power and the danger they pose to humans. He’s drawn to her anyway.

With murderous forces lurking in the background, Miyoung and Jihoon develop a tenuous friendship that blossoms into something more. But when a young shaman tries to reunite Miyoung with her bead, the consequences are disastrous . . . forcing Miyoung to choose between her immortal life and Jihoon’s.

I read this book for the buddy read that For Love Of a Book group hosted at Goodreads. Wicked Fox by Kat Cho is a breath of fresh in the fantasy world in my opinion. This book has elements in it that are inspired by Korean folklore and mythology. I was hooked into the story from the very beginning. It was different and unique. I gave it a 4 star rating. The story is set in modern-day Seoul. This provides us with the chance to learn about a new country and culture. We get to experience the Korean culture through the story. I loved this book and can’t wait for the next book in this series and the drama it will bring.

As the story is set in Seoul and the plot s heavily influenced by everything Korean there were terms and phrases that were not familiar to me. I had to constantly google them in order to get a better understanding of the story. That was the only problem I had with the book. I don’t mind learning about new things, but it just took away from the flow of reading the book. Overall it was a new experience for me. I enjoyed the book and the characters as well.

Wicked fox is set in modern-day Seoul. The main characters are 18 yr old Miyoung and Jihoon who gets thrown together accidentally and find themselves involved in serious problems that affect their lives. Miyoung is a nine-tailed fox called Gumiho who possesses the power of the moon. They need to feed the souls of men to survive and stay immortal. Miyoung doesn’t like the idea of having to feed on people to extend her life. She feels guilty and her conscience only lets her kill people who are evil and has done horrible acts.

Miyoung is strong and powerful, but at the same time vulnerable as well. I loved how she was so closed-off from the beginning and then, later on, opens herself to friendships reluctantly. I liked her vulnerability depicted in the book as well. She is withdrawn yet at the same time yearning for connection. She is a monster who takes lives to sustain her immortality but at the same time selfless. There were so many contrasting instances in her character to make her intriguing. I loved how she was obsessed with Korean drama and the predictability of it helped her deal with her life. It was nice to see a protagonist having different layers that make her fascinating to the reader.

Jihoon is the young boy who is handsome, carefree, easy-going and warm. He lives with his grandma and helps in running her restaurant. He has Somin and Changwan as his closest friends. He is protective and loyal to them. The character of Jihoon is also layered in terms of his depth. He has his own battle with the baggage he carries around. He is kind, respectful and considerate. I loved his character. Jihoon and his pestering or persistence are what makes Miyoung yield to a friendship with him. I loved how he looked at Miyoung and chose to see the good and acknowledge the bad without judgment. His acceptance is what makes Miyoung fall in love with Jihoon. I loved their love story as it was simple and pure.

Junu is the handsome bachelor Dokkaebi who is helping out Miyoung and Jihoon with their troubles. He is easily motivated by money but also seems to have some attachment and care for Miyoung and Jihoon. He is cocky and a bit arrogant. But seems to be fascinated with Somin.

Nara is the young Shaman who early on in the book with her powers helps Miyoung find the vile men to kill. For every full-moon, she contacts the troubled spirits and figures out the people who will be selected for the kill. I liked Nara and how the influence of Nara’s actions turns the plot into a more dramatic turn. She and her grandmother who is an older and more powerful shaman are some of the key players to look out for in the coming books.

Somin is fierce, loyal, beautiful and a bit of a rebel. She is a really great friend to Jihoon and seems to be open in accepting Miyoung when she finds out her importance to Jihoon. I liked her. I loved how she seems to be this tiny girl and despite her size has a very big personality. She is protective and accepting of her people.

I don’t know how I feel about Yena, Miyoung’s mom. She is also a gumiho and she happens to use the power to manipulate humans. She hates humans with a passion. She hides a lot of secrets from her daughter. She has a tight reign on her daughter’s life. She is unforgiving and hard on Miyoung. Miyoung and her mother’s relationship is complicated, to say the least.

Wicked fox is different and unique. I believe it’s new in terms of its story line and had a great time reading it. I will definitely recommend readers to check it out. Do not miss out on the chance to experience Seoul and the world of Gumihos, Dokkaebi’s and Shamans. This book will give you a new experience and have you intrigued from the get-go.

Have you read Wicked Fox? If so, what are your thoughts on the book? Let me know in the comment section down below.. 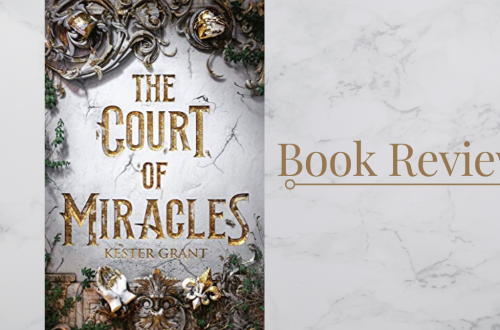 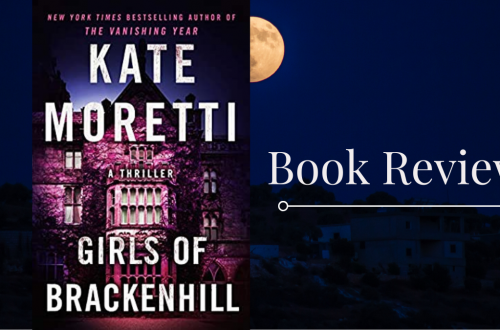