TITLE : Secrets of the IN-GROUP

AUTHORS : Carolyn Re & Loretta Re

Six women in the riverside city of Albury realize that, without social media skills, they’re staring irrelevancy in the face. Their book club won’t cut it any more. It’s time to go virtual.

But their decision to plunge into the on-line world brings shocking revelations and unexpected outcomes. Friendships, new and old, are tested and their lives teeter on the edge of collapse. They must navigate a path through the chaos. But who exactly can they trust?

A small town. A world wide web.
Is the net really a friend?

DISCLAIMER : I received an advanced review copy for free from BookSirens, and I am leaving this review voluntarily.

Secrets of the IN-GROUP is a beautiful story of six women who are trying to find their place and self-worth after being on their own. These stories make us question our own lives and the choices we have made in our journey through life. The individual stories were relatable and unique. Each of the characters had their own trials they endure to move on with their lives. Out of these six women, only one of them was younger and not retired. The rest of the women were all empty-nesters and were going through the motions without much of a direction. The story gives us a glimpse into their personal lives and takes us through the ups and downs the characters experience throughout the book. The book will make us question our own priorities, decisions, and sacrifices.

The story starts off with a very promising prologue that will hook you. It’s intriguing and filled with questions that you would definitely want the answers for. I started the story with high hopes and wanted the book to pull me in quickly. What happened was the book wasn’t as fast-paced as I thought. There were several spelling mistakes in the book that kind of annoyed me. Every character had their own chapters and their stories kept going back and forth between the chapters which made it quite confusing. I had a hard time keeping up with the storyline initially. Eventually, I found the rhythm and was able to follow through the stories. This made it difficult to connect and invest in the characters initially. Despite all of this I was able to work through the story and found myself wanting to cheer on these women.

Andrea and Sarah are the ones that are initially trying to form a book club. They are both empty-nesters with free time on their hands. Their plan was to be engaged in some activities so that they wouldn’t feel as lonely. Andrea was having a hard time after her husband’s death. She was a self-recluse after becoming a widow. She wanted to make some changes and move forward without losing herself in the process. Sarah lives on her own and her husband visits her during weekends only. The arrangement leaves her with a lot of free time on her hands. She decides to check out activities that she can take up to avoid staying cooped up at home. Andrea and Sarah create a book club called Albury book club and invites other people to join their group.

Neelam is a young Indian woman who makes Sarah’s and Andrea’s acquaintance at the library and joins the group. The first book club meeting was hosted by Neelam who showcases her talent of cooking traditional Indian dishes. Neelam throughout the book had maturity and grace. She is patient, talented and always helpful. I loved the Indian representation and the beauty of the character. Her passion is cooking and photographing those creations.

Libby is an ex-hand model who is running from her troubling past. She is in Albury to start over. Albury is her figurative RESET button. Her struggles were real and tragic. She is cautious and resilient at the same time. Her experience with men has left her with trust issues. We get to see her struggles and her efforts to right the wrongs that have happened to her.

Kate is confident, strong and a stable character in this book. While a lot of the other characters were dealing with drama and issues she was the one person who remained problem-free. She is also mature and loyal. Her wishes to improve her life takes her to the book club.

Denise is a retired principal. She is on her own and finds herself spending too much money on gambling. Her gambling addiction is what prompts her to check out the book club. What starts off as a regular book club gets changed into an Information Network group. all the women in the club are ignorant about the workings of the social media and the internet. They hire Martin an ex-military security expert to teach them the basics of social media.

Once the IN-group is underway and the women have learned new technologies, things start falling apart for the characters one by one. The idea of internet intrigued and fascinated them. They use it with naivety and find themselves falling into internet security traps. As the story unfolds, none of their lives will ever be the same. They have to learn some lessons the hard way. The story also highlights the vulnerability and naivety of the women who are not yet hardened by the internet. The story will provide a great reminder of the pitfalls of the internet and the dangers of social media.

Sarah and Libby were the characters I found myself gravitating towards. I guess the struggles they had were more emotionally draining than the other characters for me. I believe their experience made them stronger and helped them become successful at the end of their journey in the book. Betrayal, trust, and friendship are some of the more stronger themes in this book. The group is what holds these six different women and their friendship forged through this group makes them hold onto each other through their trials.

I would have rated it 4 stars if it wasn’t for the spelling issues in the book. It was annoying. The story was interesting and the characters and their back story took a lot of time for me to grasp and get into. I guess having six characters as central characters makes it difficult to keep up with all the details of their lives. Eventually, you get pulled in and the story progresses at a faster pace. The initial struggle kept me wanting to put down the book, but I am glad I pushed through it and completed the story. I liked it and would definitely recommend it to people who are looking for stories about friendship and the struggles women go through in lives. It’s a good story. for those who will love to see women as central characters. 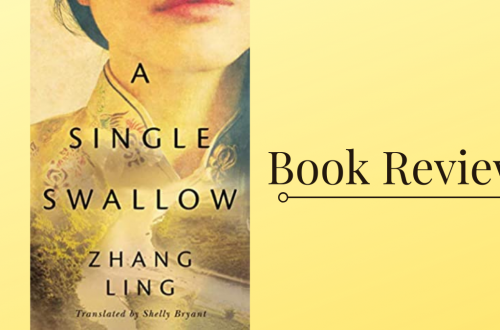