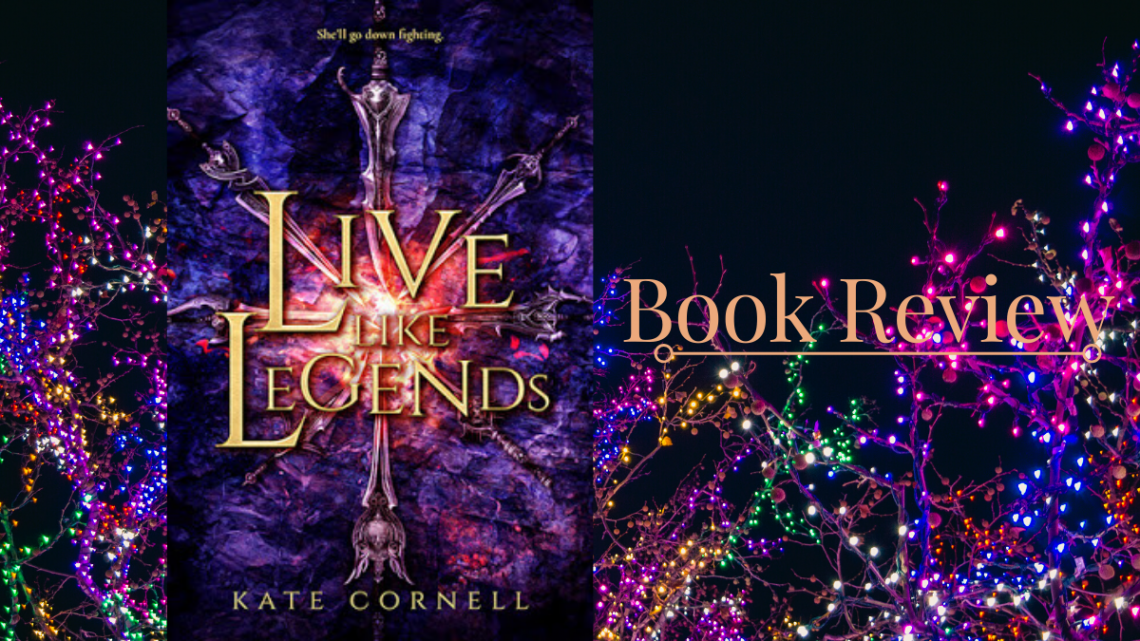 I am thrilled to be hosting a spot on the LIVE LIKE LEGENDS Blog Tour hosted by YA Bound Book Tours . Check out my post and make sure to enter the giveaway!

DISCLAIMER : Thank you, Netgalley and Entangled Teen for providing me with an ARC of this book. I am leaving this review voluntarily.

Live Like Legends is a typical starter YA fantasy with a stronger focus on romance. The story is a fun, entertaining, and engaging read that you can easily pick up and finish in a day. While the world-building and character arcs are not fleshed out to their fullest extent, the story still managed to capture my attention and keep me interested till the end.

Princess Kalista was prepared to be the wife of the Princeling of Latak. She learned a new language, culture, and customs that would make her a good wife of the Princeling. On her wedding day, she realizes that all her hard work and her efforts were in vain as she is now married off to another Prince of a faraway land because of a prophecy. Kalista’s world is upended and she faces huge adjustments to her life.

The story is of the two characters Kalista and Carson struggling to make their marriage work and simultaneously fight the beast that is determined to destroy the Kingdom. Kalista and Carson encounter the struggles of not having a common language to communicate with one another. The challenges of having to communicate and always needing a third party to translate make their relationship complicated. I wish we got Carson’s perspective as well in addition to Kalista’s to know what he felt and how he was dealing with his emotions. Also, a lot of their conversations were difficult to comprehend without Carson’s perspective adding clarity to the situations.

Kalista is the one we are following throughout the story and we get to see her growth as a character. At first, she hates her situation and feels powerless to react and express her opinions. She feels less as she has become more of a tool in the politics between the countries than an actual person. Her inner thoughts help us understand er emotions and her struggles with the new life she has been dealt with. We get to see her close herself off from really getting to know Carson and that makes their interactions even more difficult. Any progress they make gets dissolved by her prejudices against the Kingdom. Once she opens up and she willingly learns about them she sees the change in how she is perceived by the people.

Emmett is my favorite character in this book. He is the priest and the chaperone Kalista’s Kingdom decided for her. He is funny and Kalista’s interactions with him take up a lot of the story with her training in language, culture, and history to secret training in self-defense and weaponry. He is, not the average monk and his behavior and attitude most definitely reflect that. I found their interactions to be the most fun part of the book. I wish we had more time with his character and other characters as well.

The whole idea of an immortal beast destroying the country by killing the royal family added to the dark theme of the book. The immortal beast and the backstory of it was not fully developed and left out more questions than answers for me. I wish we were given details and the reasons behind some of the parallels between a character from the past and a character from the present. Some things should have been made clear to give a better understanding of the situation.

There were a couple of plot twists in the book and I did figure out them and wasn’t surprised when they were revealed. But I do think if we had a fleshed-out story arc for the beast and a few characters this book would have been spectacular. The world was interesting and I wished we got more of the world, culture, and language. The romance was ok. It would have been effective if we had Carson’s perspective as well. The plot is nothing unique but it was still an entertaining and engaging read. I finished the book in 1 day. It was easy to get through and understand. It was predictable and simple in its delivery. I think this book will be suitable for a new fantasy reader looking for a lighter fantasy with minimal world-building and character development. In my opinion, the book would have benefited from an in-depth detail-oriented world-building and fleshed out characters.

Overall I found the book to be interesting and fast-paced. I did enjoy it but didn’t love it. If I had picked it up while I was new to fantasy I feel like I would have enjoyed more. I gave the book 3 stars and recommend checking it out if you are interested.

Princess Kalista has known her role from birth. She’s spent her entire life preparing to be the socialite wife of a prince from a peaceful kingdom. But on her big day, she is shocked when she is instead forced to marry the warrior prince of a cursed land, who is as cold as the wintry kingdom he’ll one day rule.

Carson has a throne no princess wants to share with him. An immortal beast ravages their land, and he’ll do anything to stop it, even marry a complete stranger on the day she was supposed to wed her betrothed. Let her hate him for it, but Kalista is his only hope for peace.

Kalista knows she’s just a pawn on the chessboard of politics, but now she’s expected to kill an unstoppable creature because of some legend about her bloodline that Carson believes as truth. He trains her how to fight, and when lessons in swordplay lead to lessons in love, her destiny puts more than just her life at risk.

How far is she willing to go to save the prince she never wanted…but can’t imagine living without.

“A shout rang out.

Emmett cried out, pulling back the curtain and leaning out to yell at the driver. More speed, more haste. Get away.

Emmett turned to me. “Whatever you do, do not leave this carriage.”

“I agree, but the king made his decision.” Emmett produced a knife from his cassock. “Take this. If anything comes for you, aim for the soft bits.”

“Eyes, groin, throat. If anything gets that close.” Emmett shook his head. “Aris save you.” He forced the knife into my hand. It was cold, heavier than I thought it should be. Too heavy to wield.

“Where are you going?”

With that, the monk wriggled out the window.

I clutched the dagger.

My throat tightened, my stomach left somewhere back with the rot and ruin.

We were leaving the carnage behind us. I was safe.

The carriage surged forward again, and I was thrown against the seat, my only thought to keep my grip on the dagger.

The scream sounded again, right on top of me.

The roof caved in.”

Kate Cornell is the author of Live Like Legends published on June 1st, 2020.

She is currently writing a novel. This statement is always true. At any given time, she is writing a novel. She has contributed to After Dark with Julian Clark, TMI Hollywood and Top Story! Weekly at iO West. 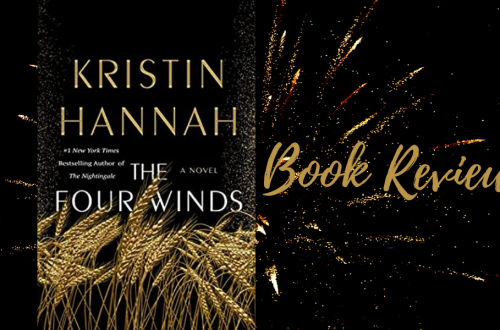