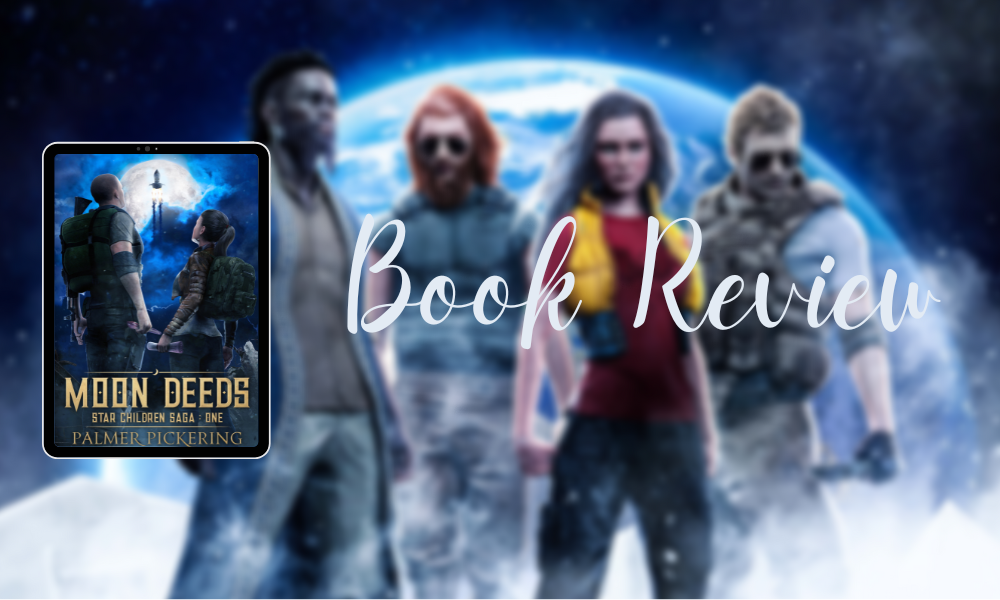 I had the opportunity to interview Palmer Pickering for my Book Tour Stop with Escapist last year. Make sure to check it out – CLICK HERE

DISCLAIMER : Thank you so much to Escapist Book Tours and Palmer Pickering, for providing me with an e-RC of this book. I am also very much grateful to Palmer for sending me the physical copies of the book 1 and 2 as well. I am leaving this review voluntarily.

Moon Deeds by Palmer Pickering is the first book in the Star Children Saga. This is a science fiction fantasy that brilliantly combines science fiction and fantasy elements with a futuristic and dystopian fiction bent to it. The story is set in 2090, and earth is invaded by an advanced humanoid alien race. The only protection against the aliens, their army and advanced technology is magic. And so the Shamans have erected a barrier called Shaman Shield to protect the free States from being invaded. Unfortunately, the shield shrunk, and Tegs were able to invade and capture the different states that got exposed. The young twin siblings Cassidy and Torr are the destined Star Children born every millennium and their task is to save the earth and the planets from the foreign powers who seek to destroy them. Only, the twins are not yet powerful enough to stand up to the Tegs and their fast-approaching army. To escape the invasion they plan to leave Earth, and travel to the Moon which is the only sanctuary they can escape to. Every path the twins take is filled with trials and tribulations. Will Cassidy and Torr be able to succeed in their mission to save the earth from the Tegs?

This is a wonderful beginning to an epic Saga. I had a great time reading this book and I am so invested in the different characters and their journeys. Despite the slow start and being a bit slowed down by science and technology-related history and world-building, I really enjoyed this book. The reason why I was slowed down is that everything was new to me in this book and some of the history and science aspects did initially go over my head. This is something that always happens to me when I read science fiction. It takes some time for me to get familiarised with the world and feel comfortable in it. Plamer does an amazing job of explaining everything and adds in so many details and on-page event sequences that help with the rich world-building of the book. The world-building, history, lore, and mythology of this world were so fascinating to learn about. You can definitely see the love, care, and effort that has gone into building the rich history and lore for the series. The magic system based on Shamanism was something you don’t explore in extensive detail through the twins, but we still get a satisfactory amount of detail and insight into how some of it works in the story and learn how everything is connected. You also get magic associated with crystals and plant medicine. Both Torr and Cassidy are not well-versed in the lifestyle of being a Shaman, and because of that, we get to see them both struggle to find out who they are, and their purpose when it comes to the prophecy. They definitely do not believe themselves to be the saviors of the world and you see that manifest in their actions. They are filled with self-doubt, uncertainty, and a healthy dose of skepticism about the power of Shamanism in regard to their purpose. They also have the hardest time accepting their reality and this makes it much more harder to explore the different pathways they need to take to learn the new skill sets. All of this is happening while they are trying to escape the autocratic humanoid aliens who have invaded earth and the terrible fate that awaits those who get captured by them. The world-building, history, and lore surrounding the book are vast and quite expansive in my opinion. It requires a good amount of patience to take your time, explore the world and learn all about the direction the story is going and it is very much rewarding.

The other best thing about the book was its wonderfully, complex and layered characters and their characterizations. There is something to be said for great characters that keep you engaged in the story, make you feel close to them, and care for them. Palmer’s book does a fantastic job of crafting great characters, who felt very much realistic in their struggles, motivations and their behaviors. Despite Torr & Cassidy being our main protags and getting their own POVs, I found myself being very much invested in another POV. Now, this particular character is very much a note-worthy characterization in the book, and all the moral dilemmas this person has to face make them even more fascinating. I was also very curious to see another side character and learn more about them. They were very intriguing and fit easily into the morally gray character mold. We also have a villain who is a despicable human, and every time he came on the page I wanted somebody to shove him into a certain shredder so his cruelty would finally end. If you have read the book, then you know who I am talking about. It is a credit to the author for creating believable protagonists and antagonists who then makes you emotionally respond to them. There are a lot of diverse side characters you get to meet in the book. Also, the dynamics and interactions between the characters and the side characters were very well done. Themes of family, sibling bond, friendship, love, and found family are very much prevalent in the book. You also get themes of war, the catastrophic effects of war and terror on humanity, and PTSD in great detail.

When it comes to the plot, it is pretty straightforward but the path towards the destination is filled with problems and hardships. So it does take time in progressing the story but I personally didn’t mind that. This makes the pacing a bit slower than one would expect in a story like this. That is not to say there are no faster, more thrilling, or more adventurous moments in the book because there are, but we also have slower sections that expand further upon the world, history, and lore, and also give insight into the day-to-day conflicts our characters face. Because you are spending so much time within the world and learning all about the different moving elements and magic and get the time to really spend time with the characters we feel a sense of having known them for a long time and it helps in building an emotional attachment to the characters and their predicaments. I was constantly at the edge of my seat with worry for them and their fates. That to me is the hallmark of a successful story. And so I really appreciated the time and effort the author put into bringing the world, and characters to life. If you enjoy taking the time in getting to know the world, magic, and characters through on-page descriptions and detailed events, you will definitely enjoy this book.

Overall, I really had a great time reading the book. It was a wonderful and successful blend of science fiction and fantasy elements. Also, the cliffhanger ending has made me impatient to know what happens next and I have already started the second book. If you enjoy slower-paced, character-driven Space Opera stories with detailed and rich world-building, history and lore then definitely pick this one up. It is an amazing journey of the two twins and the prophecy that has determined their fates. If you enjoy taking your time with stories and savoring them while you follow the characters as they slowly unravel the mysteries of this world and the bigger universe they live in, then definitely pick this book up. I gave this book 4 stars and highly recommend checking it out.

It’s 2090: the last outpost of freedom is the moon, the best defense against technology is magic, and the only hope for humankind rests in the hands of the Star Children.

Twins Cassidy and Torr must save Earth from a ruthless enemy at a time when the only force more powerful than alien technology is magic. Moon Deeds launches the siblings’ journey across the galaxy, where they must learn their power as the Star Children, claim their shamanic heritage, and battle dark forces that threaten humankind.

The Star Children Saga follows Cassidy and Torr as they slowly awaken to their destiny as the twin Star Children, born every millennium to reconnect with the source of all life. They come to discover the sheer enormity of their task: to find our ancestors on a lost planet across the galaxy and save humanity from a spiraling descent into darkness. The powers they must wield to accomplish this task are truly frightening and put at risk everything they love.

Come along with 20-year-old twins Cassidy and Torr, who inherited deeds to land parcels on the moon. They want to use their moon deeds to get off Earth and escape a brutal dictatorship, but first they must unlock their shaman powers.

A rollicking yet poignant adventure in the not too distant future, when we have colonized the moon and nearly lost Earth to an alien-backed army. Only the shamans remain free, plus the lucky ones who escaped to the moon. 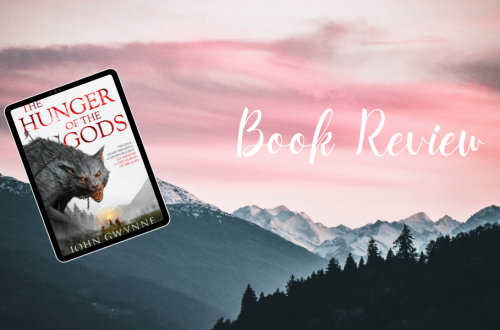 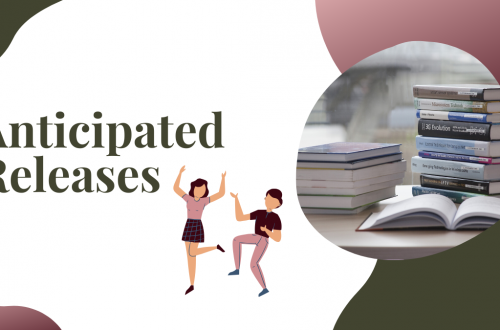 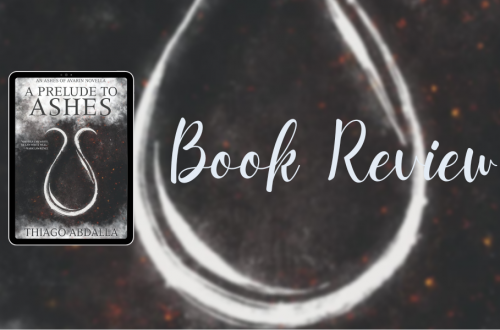 A PRELUDE TO ASHES(THE ASHES OF AVARIN #0.5) BY THIAGO ABDALLA | BOOK REVIEW