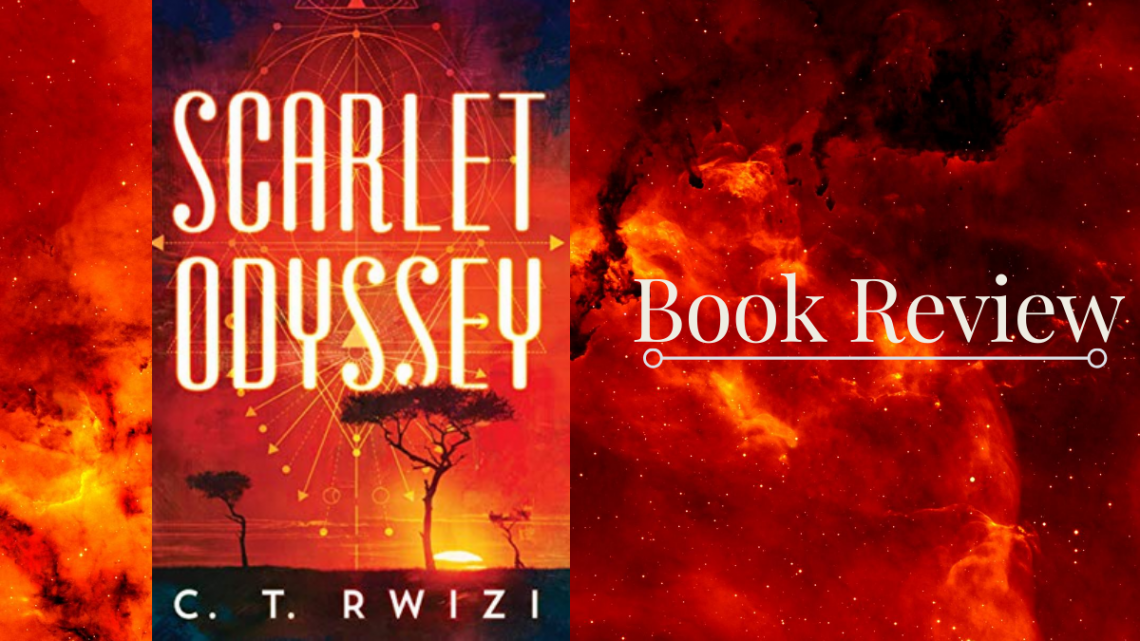 DISCLAIMER : Thank you, Netgalley and 47th North for providing me with an ARC of this book. I am leaving this review voluntarily.

Scarlet Odyssey is an epic debut from the first-time author C.T.Rwizi. The book is an African inspired fantasy filled with a vibrant world and a rich magic system. The story follows young Salo who has learned magic deeply without his tribe’s permission. Men of his trib are not supposed to be practicing magic. Their job is to be warriors and training should be what Salo should be spending his time on. A certain mystic attacks his tribe murdering fellow clans people urging Salo to come forward and request permission from the Queen to be a clan mystic for his tribe. While the Queen accepts his proposal he is sent away on a secret mission to a different city to gather information regarding the growing threats and tensions that are spreading gradually to the other tribes as well. We follow Salo, an extremely skilled female warrior, and a mysterious explorer on their journey. The story is filled with adventure and action taking the readers on an exquisite journey through a marvelous world with unique cultural identities.

When I saw the number of pages, I was a little anxious, but once I started reading it I couldn’t put it down. The story was captivating and engaging from beginning to end.

I was blown away by the world-building that took us through the different tribes and cities with its own customs and traditions and unique magic system in place. The different tribes and places were beautifully portrayed. The culturally rich and vivid portrayal of the world and its inhabitants both human and non-human were exquisite. The traditional setting of the villages, clothing, practices of different tribes all was spectacular. I loved learning about the world along with Salo as he saw it for the first time. I felt the same excitement and wonder that Salo had when he experienced all of it. The journey was filled with action, pain, and adventure each making Salo learn more about himself and the world around him.

The story was original with its setting weaving mythology and African lore seamlessly to the plot. The magic system rooted in the land mainly was elemental magic with few additional threads of magic thrown in. The clever blend of sci-fi elements and the cipher programming of magic into a source was really awesome. I loved how the mystics needed to do their own programming of the cipher to use the magic. The most effective magic is dependant on the cipher’s efficiency and performance.

The different POVs in the book helps us understand the characters thoroughly. I felt they were very well fleshed out and had room to grow into more as the story progresses. I found their individual stories, struggles, and journey to be quite intriguing. I loved all the characters we got introduced to in the story and how their separate journeys led them on the same path. Salo is the main lead in this book and we follow as he comes to terms with his power and affinity for magic. The mission he goes on tests his knowledge and strength as a mystic. His transformation from being hesitant and fearful of his secret to exploring the boundaries of the power was amazing to see.

The story is a strong debut and I had a lot of fun with it. I was fully invested in the book and couldn’t put it down. I highly recommend checking it out if you love the African inspired setting of the world with an excellent blending of sci-fi and fantasy. I gave the book 5 stars and I really want to read the next book soon. Definitely pick this up and I feel like more people should read it. I can’t recommend this enough for people who would love to read a unique and original epic fantasy.

Magic is women’s work; war is men’s. But in the coming battle, none of that will matter.

Men do not become mystics. They become warriors. But eighteen-year-old Salo has never been good at conforming to his tribe’s expectations. For as long as he can remember, he has loved books and magic in a culture where such things are considered unmanly. Despite it being sacrilege, Salo has worked on a magical device in secret that will awaken his latent magical powers. And when his village is attacked by a cruel enchantress, Salo knows that it is time to take action.

Salo’s queen is surprisingly accepting of his desire to be a mystic, but she will not allow him to stay in the tribe. Instead, she sends Salo on a quest. The quest will take him thousands of miles north to the Jungle City, the political heart of the continent. There he must gather information on a growing threat to his tribe.

On the way to the city, he is joined by three fellow outcasts: a shunned female warrior, a mysterious nomad, and a deadly assassin. But they’re being hunted by the same enchantress who attacked Salo’s village. She may hold the key to Salo’s awakening—and his redemption. 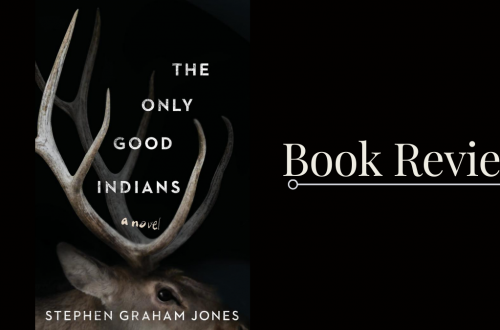 BOOK REVIEW : THE ONLY GOOD INDIANS BY STEPHEN GRAHAM JONES 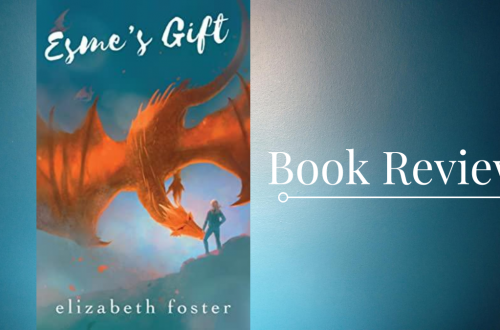