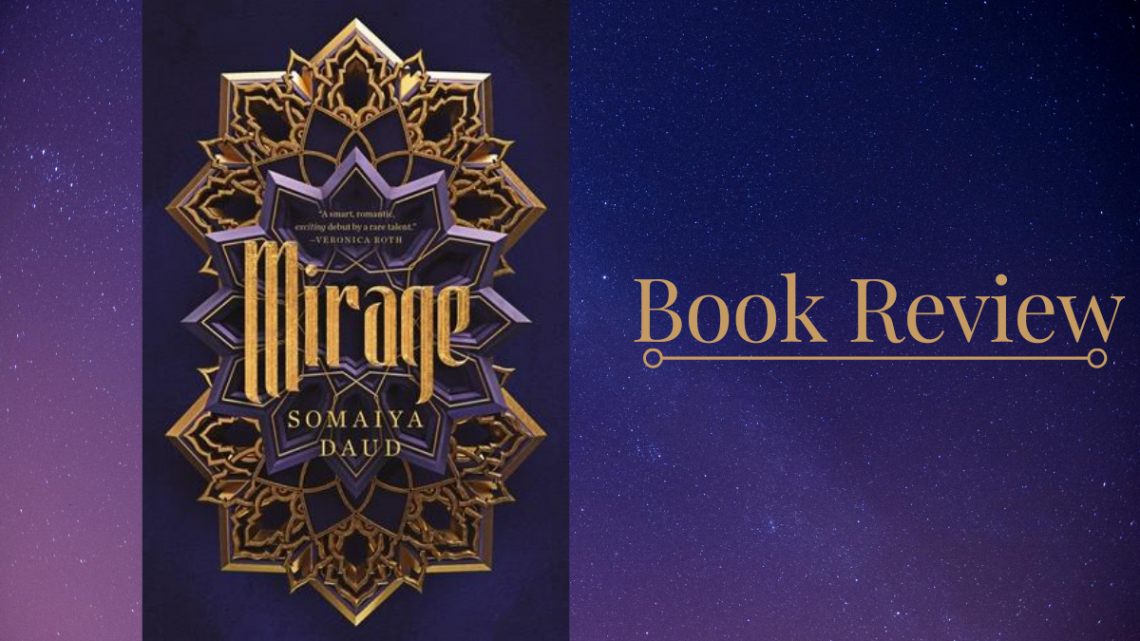 Somaiya Daud’s Mirage is the first book in the series by the same name. I got the ARC to the second book from Netgalley and wanted to read this immediately so that I can get to the ARC in August. This is a Moroccan inspired fantasy with elements of African mythology weaved into the story wonderfully creating a fantastical world worth losing oneself in. Mirage is set in a world where an oppressive regime has taken hold of the moon Andala. Amani, a poor farmer’s daughter gets kidnapped and brought to a new place to stand-in for the King’s daughter. King’s daughter faces dangers from the people of Andala who hates the Vathek rule. Amani gets trained to be the princess and as she continues taking the princess’s place things get complicated and takes a turn for the worse.

The story was fantastic. I enjoyed it. I had a great time reading about the culture, the traditions, the religion, and the different practices each culture had. Each village and state had its own identity making the world colorful. I loved the details of clothing, food, and just the cultural experience the book provided. I loved how well the world was portrayed. The imagery for the story the author provided in this book is spectacular. The perfect mix of sci-fi and fantasy with beautiful descriptive writing makes this book stand out. The colonization of the planets, and how one race saw itself superior over the other, wiping out the culture, language, and connections to their homeland were very well represented.

The pacing was just right and had a good engaging quality to it. The writing was good. Overall the world, characters, and the plot will keep you hooked to the book. I loved how the story progressed and took me on a wonderful ride into the different communities within the world. The aftermath of colonization, the rules, and restrictions the oppressive regime put in place to destroy the indigenous group was believable in its portrayal.

Amani was a fantastic character. I was invested in the story and wanted to see how Amani would move forward with the decisions she needed to take. I loved how fierce and loyal she was. She was a strong character. Though I didn’t understand why she felt so strongly about Maram or her reasons to befriend her at first. Maram grew on me gradually. I could understand how Amani saw her, and how she wanted to protect her despite being treated cruelly by her. We see Amani grow from being a young, naïve dreamer to defending and standing strong against the Vatheks. I loved her character transformation and her passion to fight for her people.

The relationship dynamics between the characters were really interesting. There were some that I enjoyed, some I did not care for. But overall the story and the cultural experience was the highlight for me in this book. Strong female characters leading the book is something I love to see in books. This book had a lot of wonderful female characters.

Romance in this book started as insta-love. It began quickly but had enough interactions and angst to keep me rooting for them. I loved how they bonded over their love for their world and the culture. The interactions were cute and the slow-burn was wonderfully executed. The alliances and tentative friendships formed were interesting. The importance of family, the influence of the family, and how nurture can affect one’s way of thinking all are explored in this book. The exploration of internalized hatred and fear for one’s culture and how it creates insecurity for a biracial child is shown believably.

The story was so amazing. I loved everything about this book. If you are looking for a YA fantasy-sci-fi- blended book to read this one will be a great choice. The book has masterfully crafted a story with a brilliant world based on a star system, bringing together historically relevant topics and also the impact it left on society. The story is not just imaginative, it also brings so much culture, traditions, and beauty with a wonderful cast of characters. I gave the book 5 stars and can’t wait to read the second book. I will be picking it up soon. I highly recommend checking this book out.

In a star system dominated by the brutal Vathek empire, eighteen-year-old Amani is a dreamer. She dreams of what life was like before the occupation; she dreams of writing poetry like the old-world poems she adores; she dreams of receiving a sign from Dihya that one day, she, too, will have adventure, and travel beyond her isolated moon.

But when adventure comes for Amani, it is not what she expects: she is kidnapped by the regime and taken in secret to the royal palace, where she discovers that she is nearly identical to the cruel half-Vathek Princess Maram. The princess is so hated by her conquered people that she requires a body double, someone to appear in public as Maram, ready to die in her place.

As Amani is forced into her new role, she can’t help but enjoy the palace’s beauty—and her time with the princess’ fiancé, Idris. But the glitter of the royal court belies a world of violence and fear. If Amani ever wishes to see her family again, she must play the princess to perfection…because one wrong move could lead to her death. 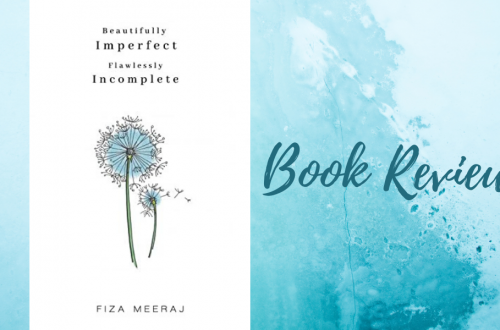