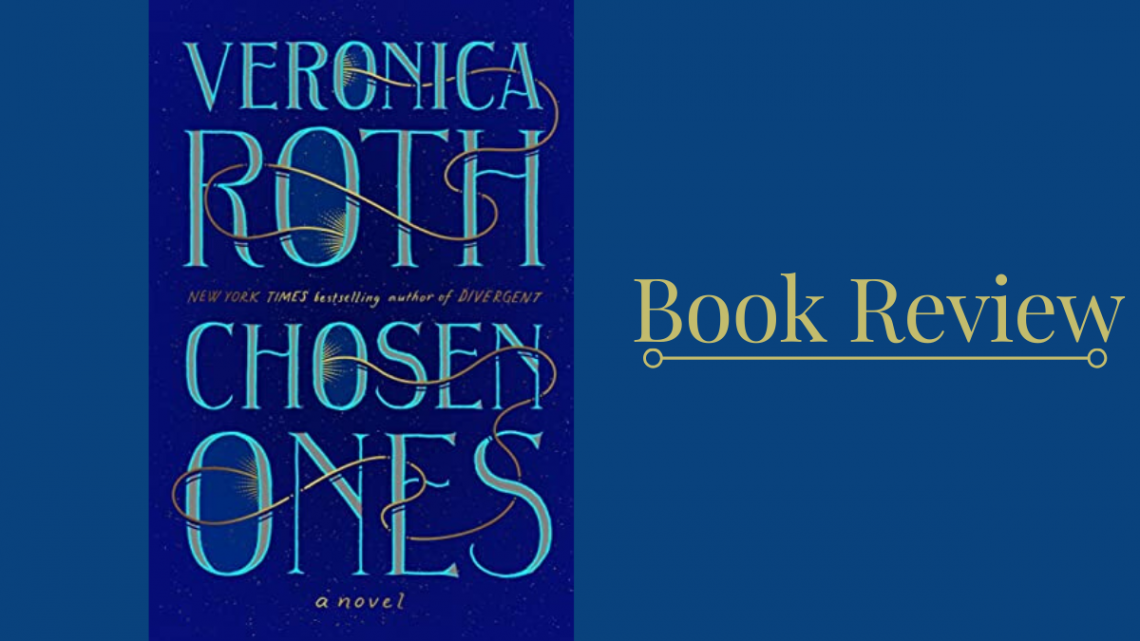 DISCLAIMER : Thank you, Netgalley and John Joseph Adams/Houghton Mifflin Harcourt for providing me with an ARC of this book. I am leaving this review voluntarily.

Chosen Ones is the first book I have read from the author Veronica Roth. I was intrigued by the synopsis and wanted to see how the author took the trope of The Chosen One and applied it. The story follows the chosen ones selected to fight against the Dark One who brought terror, destruction, and widespread death to the world. The 5 chosen ones were in their teens when they were recruited by the government. We follow their journey as adults and how their experiences have shaped them. We follow Sloane and we get the story from her perspective and how she battles with the aftermath of the encounter. The trauma, PTSD combined with being famous does not bode well for some members of their group. While Sloane tries to live her life taking one day at a time, they are hit with a new trauma that catapults them into the world where The Dark One is once again spreading terror.

The story and the approach in this Sci-Fi/Fantasy are fascinating. I haven’t read many stories where the aftermath of the great battle between the evil and the good is often shown. The result of the battle, the effects of it on the fighters, the life they have to lead afterward are all depicted quite remarkably. With each chosen one forming their pathway, some more productive and positive while some being self-destructive. The individual journeys they go on are interesting to see. The trauma and PTSD affecting some members more than the others leading them to be on a path to self-sabotage.

The characters are quite interesting. They all are wired differently and the way they react to the situations and their general attitude towards life is also fascinating to see. While some characters had more in common and understood each other better, others did their own things moving at a more comfortable pace in life. The main protagonist Sloane struggles with her life. Trying to be normal is not easy for her. She is volatile, angry, and often on the verge of attacking others to protect herself. But she is also loyal and sees things differently from others. There are times when she is selfish, and not willing to let others in. She just wants to be left alone and often her actions make people around her wary and watchful of her. Overall she is flawed but there are times goodness shines in her.

The magic system for me was a bit confusing. I did find it hard to follow at times. The magic and the technical aspect of it didn’t appeal much to me. While I found the system to be ok, the world and the theories behind the existence of the world was fascinating to me. There are some questions as to the source of origin of the Dark One that I did not find answers to, which I wanted to learn. The story was well put together, and the first half focuses on the state of chosen ones and how they are faring after the event, the second half takes us on a journey to a different world with more mysteries to unlock.

Overall the story was good, the pacing was OK in my opinion. It’s not a fast-paced, action-packed book. It is quite slow to start and takes some time to give us an overview of what has happened. I liked it and I enjoyed the story. I do however feel like the story ended quite nicely. The story continuing and being part of a new series is not something I need. I thought the book concluded quite well and the wrap-up felt satisfying to me. I gave the book 3.5 stars leaning toward 4 stars. If you love stories that talk about the aftermath of the battle discussing the mental health, trauma, and PTSD that torments the fighters this might be the story for you.

The first novel written for an adult audience by the mega-selling author of the Divergent franchise: five twenty-something heroes famous for saving the world when they were teenagers must face even greater demons–and reconsider what it means to be a hero . . . by destiny or by choice.

A decade ago near Chicago, five teenagers defeated the otherworldly enemy known as the Dark One, whose reign of terror brought widespread destruction and death. The seemingly un-extraordinary teens—Sloane, Matt, Ines, Albie, and Esther—had been brought together by a clandestine government agency because one of them was fated to be the “Chosen One,” prophesized to save the world. With the goal achieved, humankind celebrated the victors and began to mourn their lost loved ones.

Ten years later, though the champions remain celebrities, the world has moved forward and a whole, younger generation doesn’t seem to recall the days of endless fear. But Sloane remembers. It’s impossible for her to forget when the paparazzi haunt her every step just as the Dark One still haunts her dreams. Unlike everyone else, she hasn’t moved on; she’s adrift—no direction, no goals, no purpose. On the eve of the Ten Year Celebration of Peace, a new trauma hits the Chosen: the death of one of their own. And when they gather for the funeral at the enshrined site of their triumph, they discover to their horror that the Dark One’s reign never really ended.

BOOK REVIEW : AND THE MOUNTAINS ECHOED BY KHALED HOSSEINI